"Expression is the most important element in my life. As I try to express my over-impression of the world, it almost feels like I am the music."

Hilde De Clercq is a Belgian musician, music teacher and radio programmer. She has been studying western music, Turkish and Arab percussion and singing. As a singer and percussionist, she sings and plays in various ensembles. She regularly works with Turkish musicians and was touring in Turkey and Europe. She creates music theater performances, is a darbuka teacher and is programming Turkish channels for Stingray. 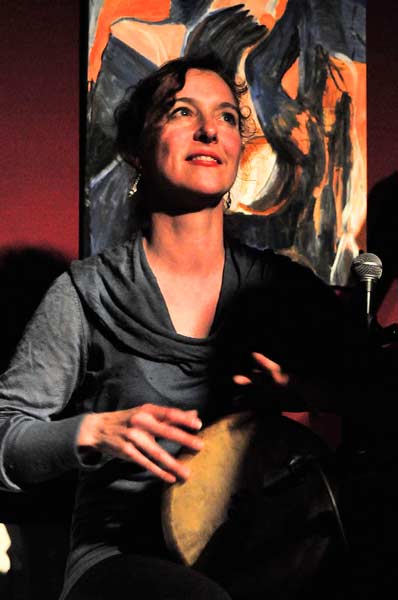 Hilde De Clercq (°Belgium) has been studying classical piano and singing in Belgium, and Turkish and Arabian percussion and singing in France and Turkey, a.o. with Mısırlı Ahmet.

How my musical world

How my musical world